The Calcutta Electric Supply Corporation or CESC is the Kolkata-based flagship company of the RP-Sanjiv Goenka Group, born from the erstwhile RPG Group, under the chairmanship of businessman Sanjiv Goenka.

NTPC Ltd., is an Indian Public Sector Undertaking, engaged in the business of generation of electricity and allied activities. It is a company incorporated under the Companies Act 1956 and is promoted by the Government of India

The West Bengal Power Development Corporation Limited is a company owned by the Government of West Bengal with the goal to carry on the business of thermal power generation in the state of West Bengal, India.

Tripura State Electricity Corporation Limited (TSECL) has been formed and started operation from 1st January 2005. As per Electricity Act’ 2003 TSECL is considered as a deemed Licensee who is responsible for generation, transmission and distribution of Power in Tripura. TSECL is mandated to get its tariff and annual revenue requirement (ARR) approved by TERC. 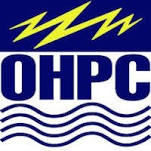 The Odisha Hydro Power Corporation or OHPC is a Public Sector Undertaking of Government of Odisha was incorporated under the Companies Act 1956 on 21 April 1995 .